Those Who Swim (In) The Forest. Exhibition with Ross Cochrane and Alan James Burns. Y Galerii, Estonia, 2015.

The Isle of Woods was a name used for Ireland at a time when it was still considered a dangerous frontier to the British colonial administration. Beginning late in the 16th Century, Sir Walter Raleigh began to harvest the Irish forests to make wooden casks for export and for the construction of the English naval fleet. Today, the Irish are not forest people, as the country was all but striped bare of her trees. It might even be said that the Irish today have an innate suspicion of forests.

In her essay, Those Who Love (in) The Woods, about the Estonian novel, The Farmkeeper of Kõrboja by A.H. Tammsaare, Kadri Tüür describes Estonians as forest people. The forest is the source and haven of mythology, memory and folklore, it conveys a meaning of freedom, wandering and adventure, it is a place of hiding for resistors of oppression, a place of rest for exhausted travellers.

Those Who Swim (in) The Foresti is an exhibition of work by three Irish artists that was initiated in the context of the Estonian forest. Using the Irish relationship with forest as a metaphor, and the mapping of cognition, history and landscape as a methodology, this work identifies the hidden treasures and the hidden dangers in the human psyche, in national identity and in sites where people and landscape interact.

The video installation by Alan James Burns traces and constructs a map of human thought. The work exploits the material elements of audio and video to visualize and convey inner dialogue. Through the observation of language and streams of consciousness, Alan’s work interrogates cognitive patterns that are comparable to the complex structure of a forest.

The process-led methodology of Ross Cochrane relates to a place where memory is deeply embedded in the landscape. With materials collected from the Estonian forest, Ross uses wood to make an open ‘shelter’, and uses photography and drawings to document paths and journeys. The production and intent of this material space is in itself a performance, where these memories intersect with ecology and consumer topographies.

Michael Holly traced a map of a series of walks in the Estonian forest, where he collected materials, objects and ephemera to construct a fragmented history. The map becomes a metaphor for an interrogation into the construction of histories and national identities, and the objects, displayed as museum artifacts embody this. Walking becomes a process of active engagement with the landscape.

A symposium/ excursion, Those Who Journey (in) The Forest, was be held on the 12th of August at MoKS Mooste, 11am – 6pm in conjunction with the exhibition. An excursion through the forrest, to the North West of Mooste village incorporated artist presentations, talks, performances and swimming.

Those Who Swim (in) The Forest is a result of a residency by the artists in MoKS August 2014, organised by Cavan County Council Arts Office in Ireland and funded as part of the EU Leonardo Da Vinci Programme.

This exhibition was made possible through the generous support of the Embassy of Ireland Estonia and Cavan County Council Arts Office, Ireland. 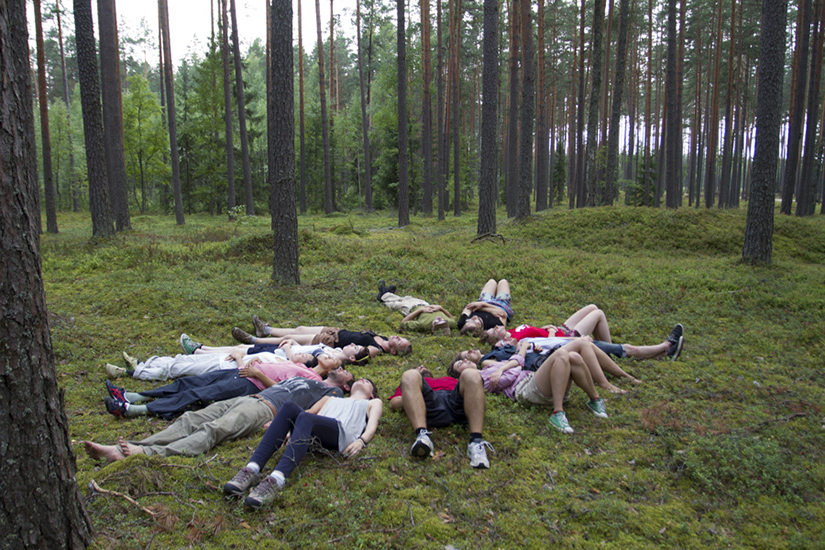 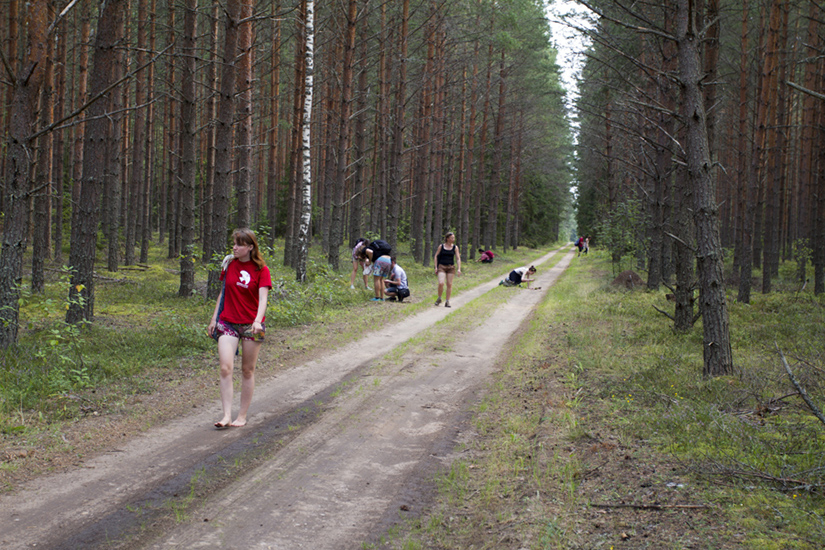 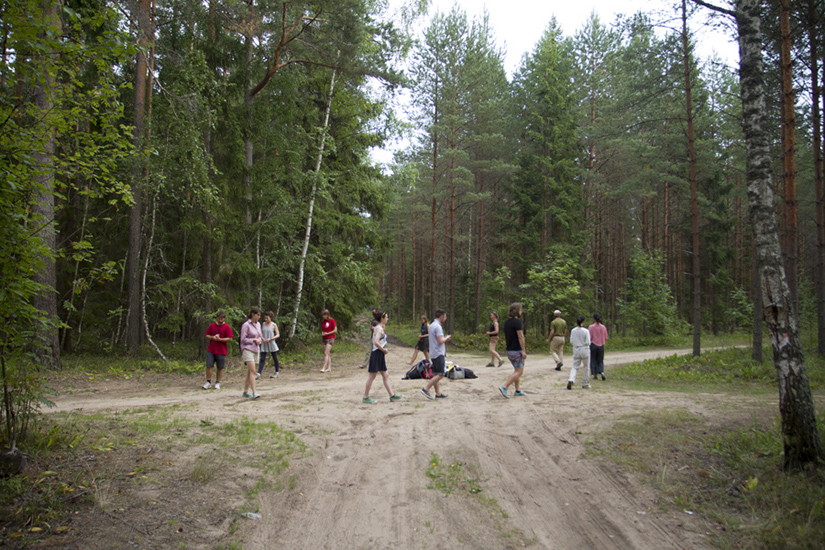 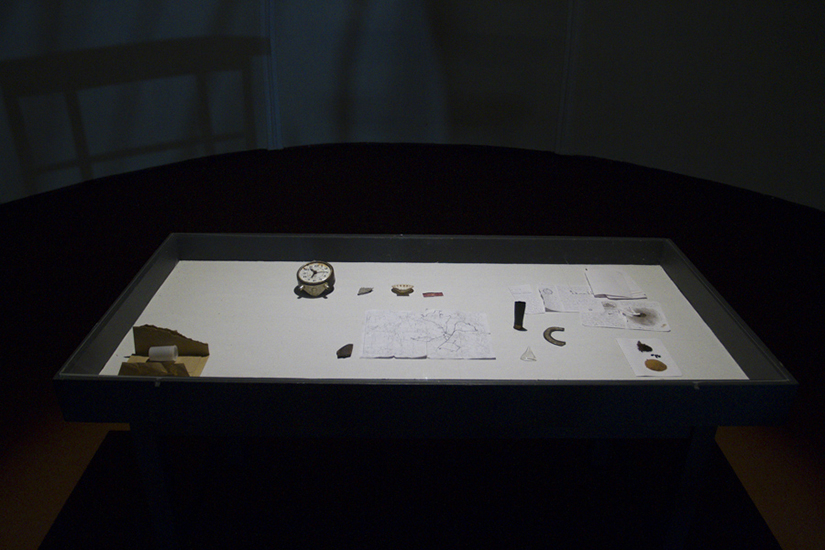 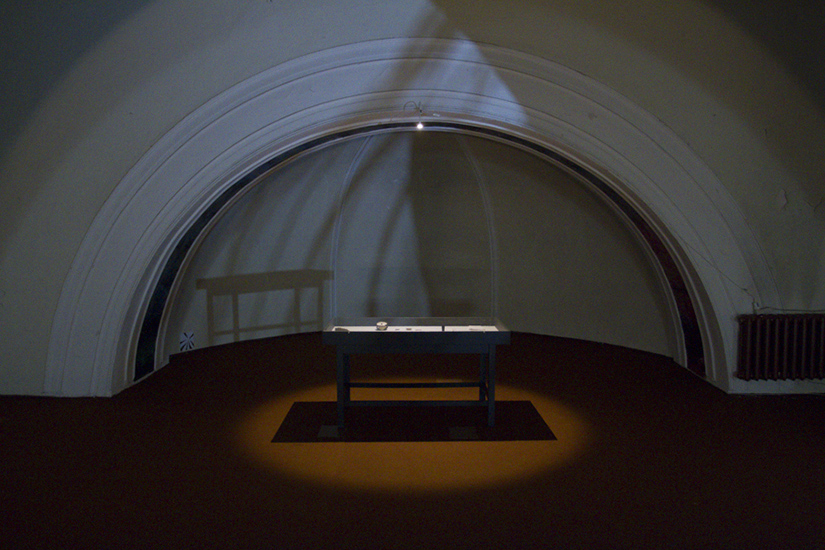 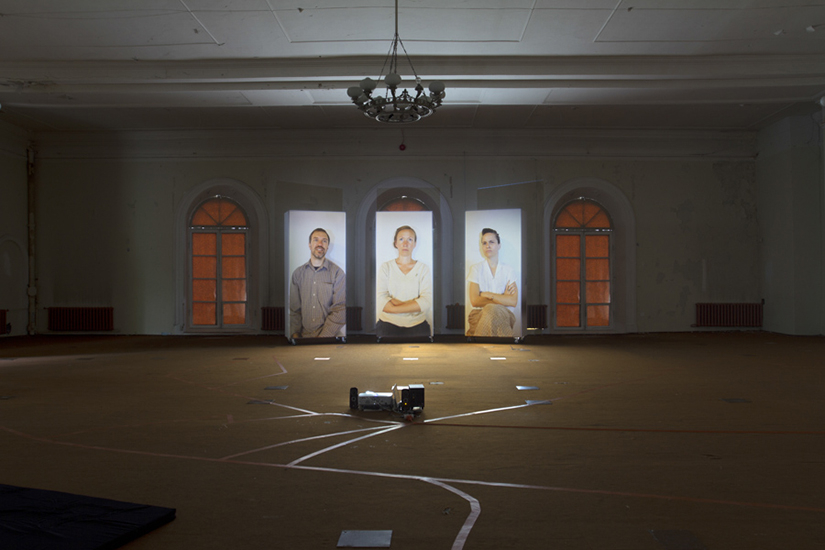