Irishness is for Other People. Photography series, 2012.

Drawing on Terry Eagleton's assertion in 2012 in The London Review of Books that "Irishness is for other people," or that the notion of "Irishness" is a fictitious unity developed for profitable export, my project is a comment on the role that photography plays in the tourist industry's production and management of Irish fantasy.
The development of tourism in Ireland, aided in large part by the deployment of images, has taken place in tandem with the development of the nation-state itself.
As a consequence, Irish national identity becomes intimately bound to tourism, so that the line between heritage and fantasy is inextricable.

Using the preferred medium of the tourist experience, photography, my project investigates tourists’ interactions with place and landscape in Ireland. The images juxtapose the imagined Irish landscape with the modern reality of place and landscape as objects of globalised consumerism. The photographs have been made at places that have become synonymous with the idealised Irish landscape, such as the Cliffs of Moher in Co. Clare, The Giants Causeway in Co. Antrim and Glendalough in Co. Wicklow. Photographed in the style of traditional landscape photography, the images show masses of tourists interacting with these idealised places, drawing attention to the paradoxes inherent in landscapes that I have shown as both sacred and profane, both mythical and real. 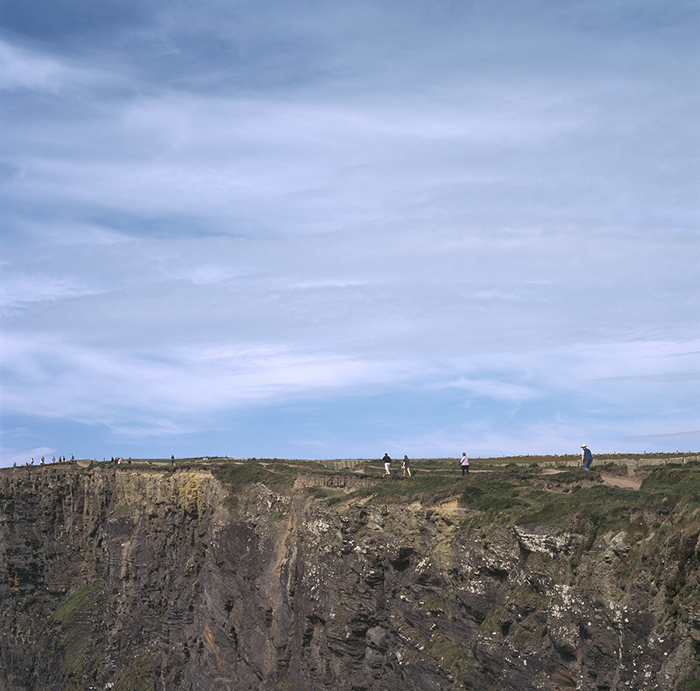 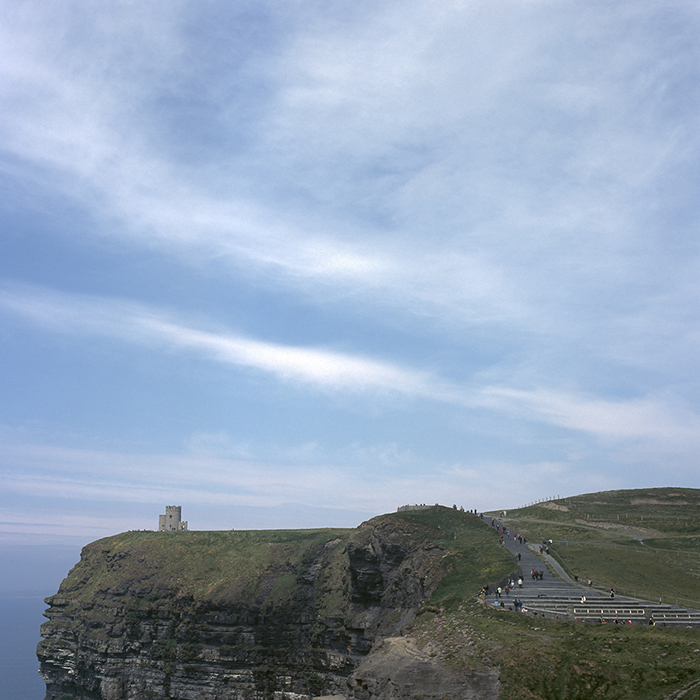 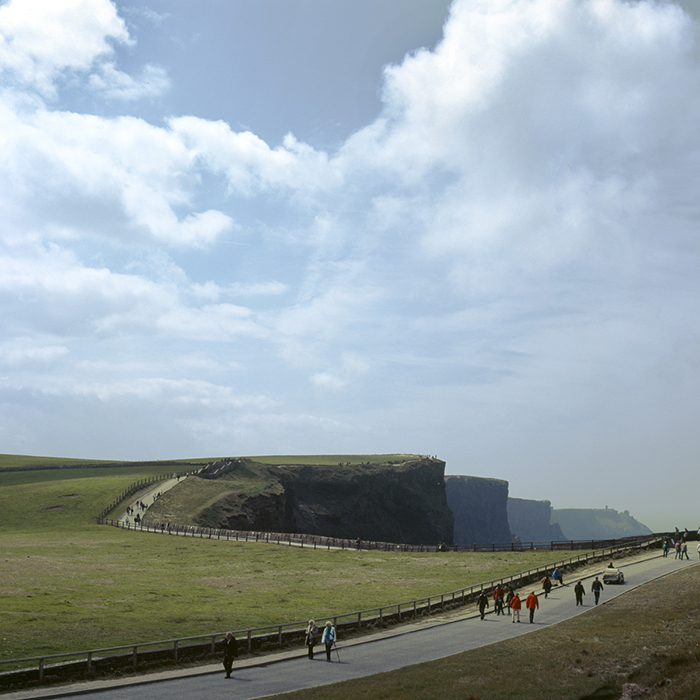 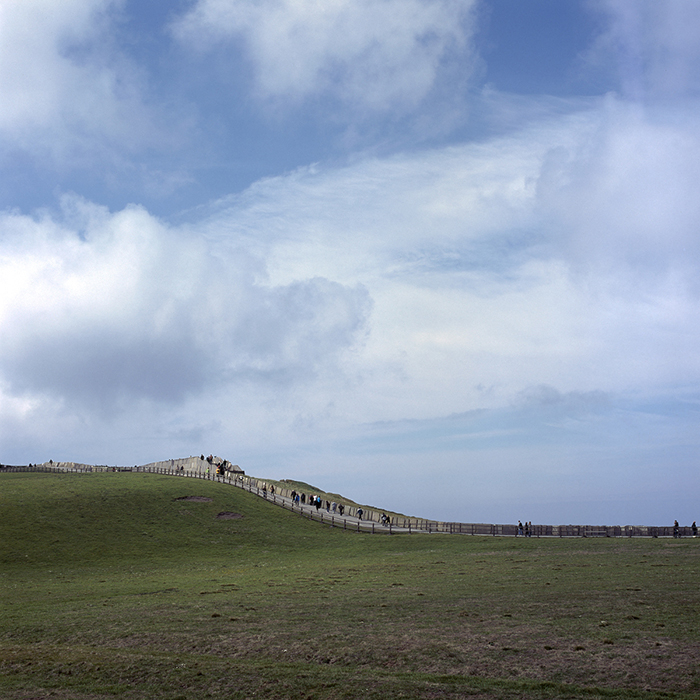 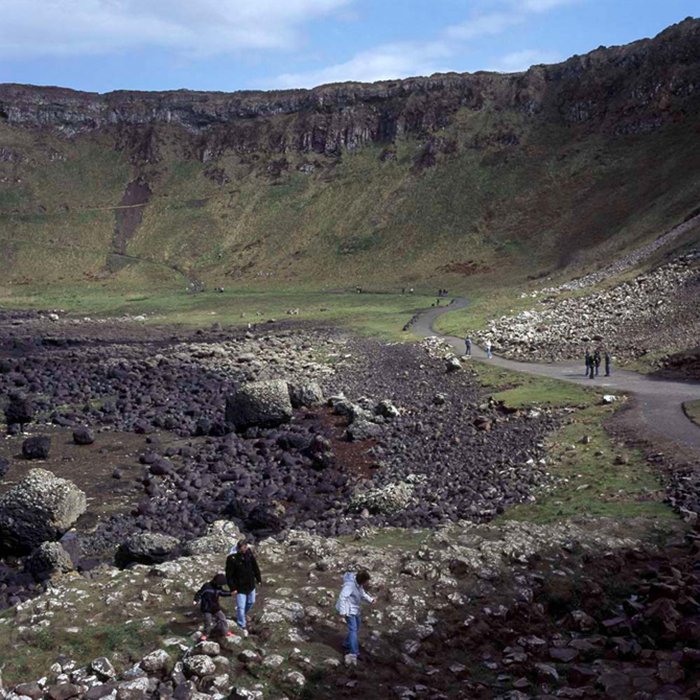 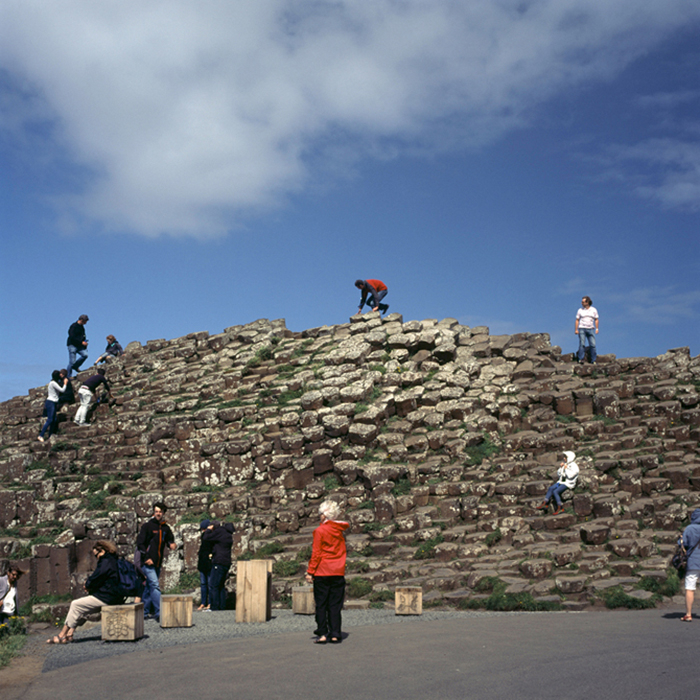