There Can Be No Freedom Outside Of Activity. Billboard, 3.7m x 2.5m, Skibbereen Arts Festival 2018.

In his concept of The Spectacle, written in 1967, Guy Debord describes a society dominated and controlled by signs, images and objects. In this society the Spectacle supports the ruling capitalist ideology; it is pervasive and omnipresent. Marks made by drifting cars on a country road outside Skibbereen exist outside Debord’s Society Of The Spectacle. They are visible signs of an act of civil disobedience. They are a semiotic recklessness in our rural society. 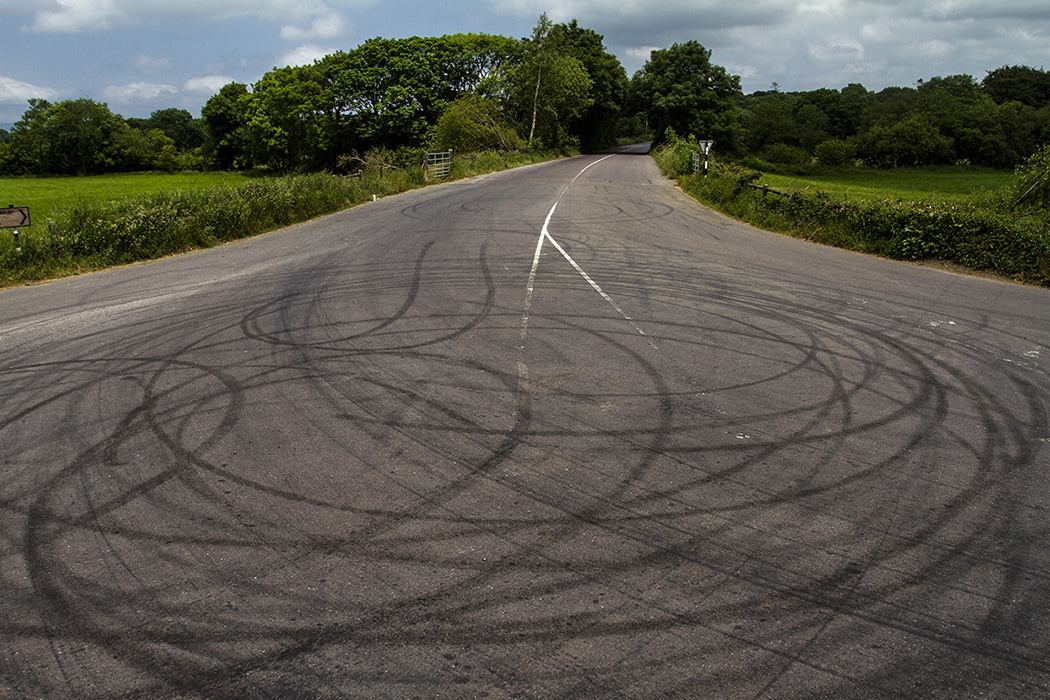 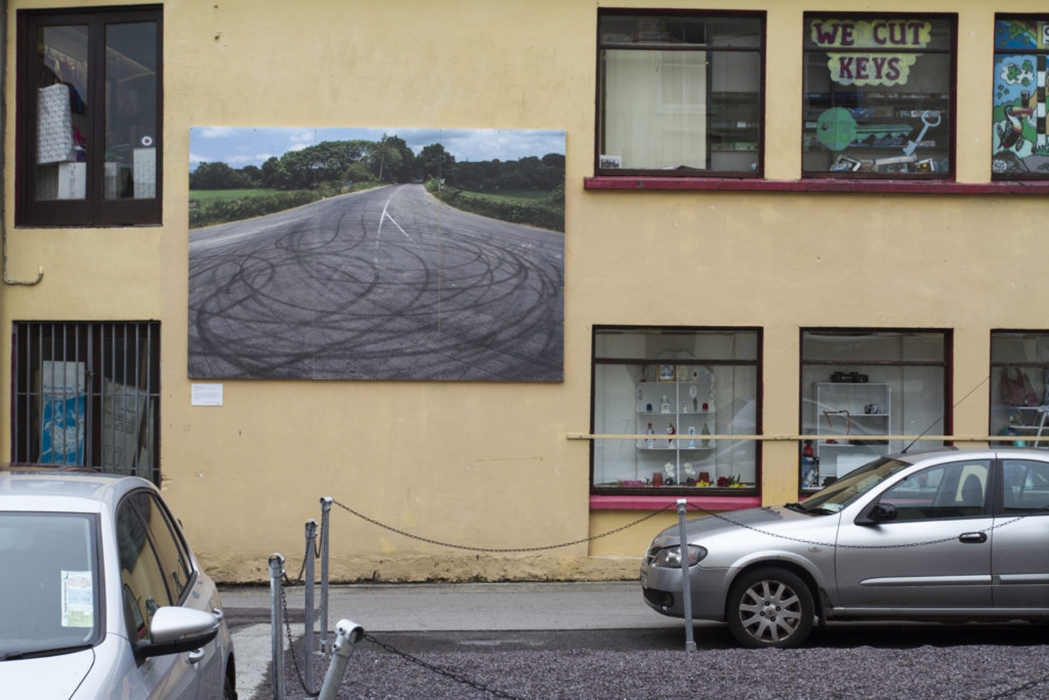